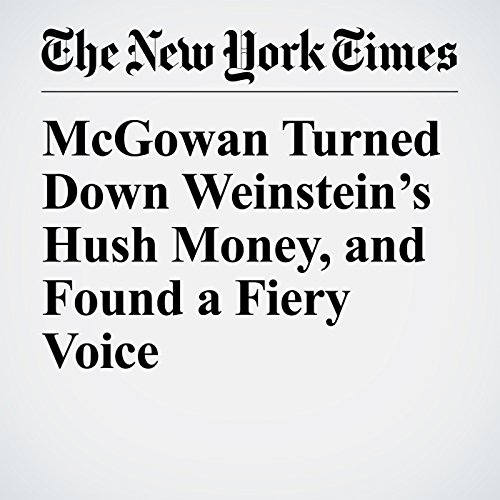 In late September, just as multiple women were days away from going on the record with reports of Harvey Weinstein’s sexual misconduct, one of his accusers, Rose McGowan, considered an offer that suggested just how desperate the Hollywood producer had become.

"McGowan Turned Down Weinstein’s Hush Money, and Found a Fiery Voice" is from the October 28, 2017 U.S. section of The New York Times. It was written by Susan Dominus and narrated by Keith Sellon-Wright.