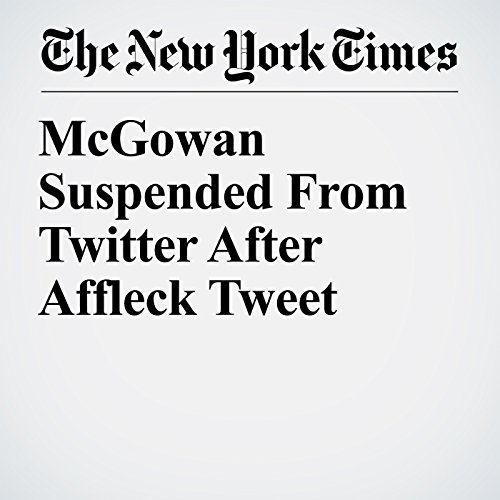 "McGowan Suspended From Twitter After Affleck Tweet" is from the October 12, 2017 Entertainment section of The New York Times. It was written by Cara Buckley and narrated by Kristi Burns.