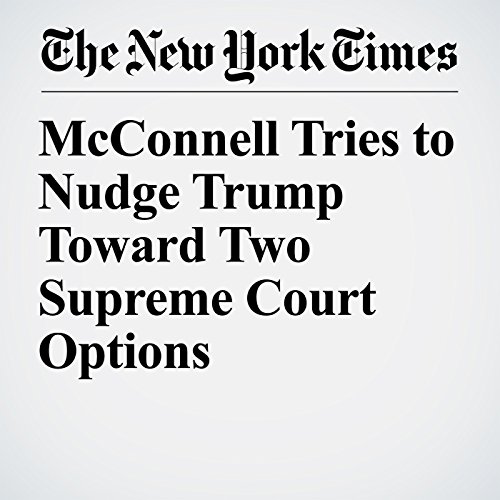 Sen. Mitch McConnell, the Republican leader, told President Donald Trump this past week that Judges Raymond Kethledge and Thomas Hardiman presented the fewest obvious obstacles to being confirmed to replace Justice Anthony Kennedy on the Supreme Court, according to Republican officials briefed on the conversation.

"McConnell Tries to Nudge Trump Toward Two Supreme Court Options" is from the July 07, 2018 U.S. section of The New York Times. It was written by Maggie Haberman and Jonathan Martin and narrated by Keith Sellon-Wright.