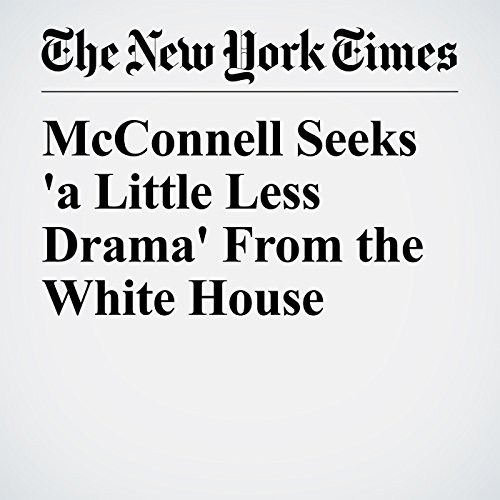 McConnell Seeks 'a Little Less Drama' From the White House

The Senate majority leader, Mitch McConnell, who has been largely silent on President’s Donald Trump’s increasing troubles concerning Russia, carefully pleaded with the administration to stop impeding the Republican agenda Tuesday morning as Democrats prepared to use their limited powers to pressure the White House to reveal more detail about the president’s meeting with Russian officials.

"McConnell Seeks 'a Little Less Drama' From the White House" is from the May 16, 2017 U.S. section of The New York Times. It was written by Jennifer Steinhauer and Emmarie Huetteman and narrated by Keith Sellon-Wright.