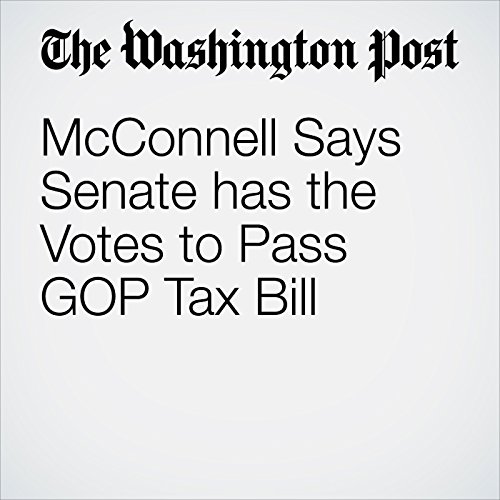 Senate Republicans said Friday that they had secured enough votes to pass a landmark $1.5 trillion tax package after making a few final deals to get wavering senators on board.

"McConnell Says Senate has the Votes to Pass GOP Tax Bill" is from the December 01, 2017 Business section of The Washington Post. It was written by Damian Paletta and Erica Werner and narrated by Jenny Hoops.