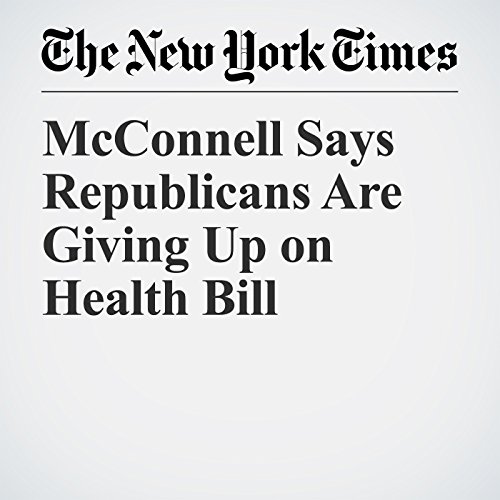 Sen. Mitch McConnell on Tuesday officially pulled the plug on the latest plan to repeal the health care law, telling senators they will not vote on the measure and effectively admitting defeat in the last-gasp drive to fulfill a core promise of President Donald Trump and Republican lawmakers.

"McConnell Says Republicans Are Giving Up on Health Bill" is from the September 26, 2017 U.S. section of The New York Times. It was written by Thomas Kaplan and narrated by Keith Sellon-Wright.