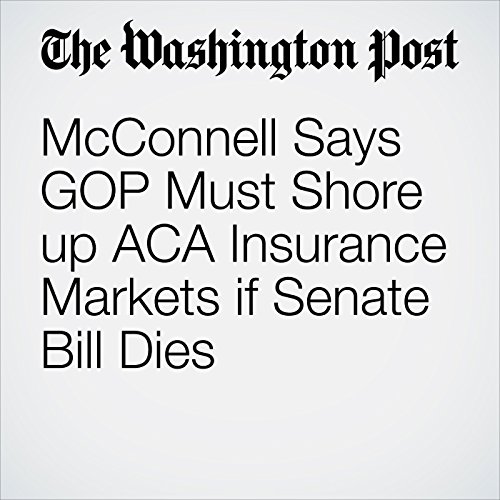 Senate Majority Leader Mitch McConnell (R-Ky.) said Thursday that if his party fails to muster 50 votes for its plan to rewrite the Affordable Care Act, it will have no choice but to draft a more modest bill with Democrats to support the law’s existing insurance markets.

"McConnell Says GOP Must Shore up ACA Insurance Markets if Senate Bill Dies" is from the July 06, 2017 National section of The Washington Post. It was written by Juliet Eilperin and Amy Goldstein and narrated by Jenny Hoops.