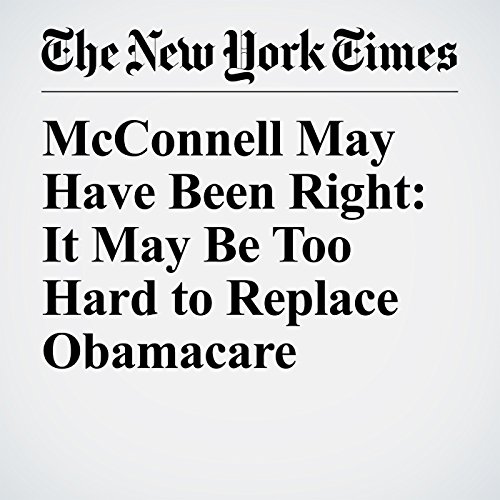 Shortly after President Donald Trump took office, Sen. Mitch McConnell, R-Ky., the majority leader, met privately with his colleagues to discuss the Republican agenda. Repealing the Affordable Care Act was at the top, he said. But replacing it would be really hard.

"McConnell May Have Been Right: It May Be Too Hard to Replace Obamacare" is from the May 26, 2017 U.S. section of The New York Times. It was written by Jennifer Steinhauer and Robert Pear and narrated by Barbara Benjamin-Creel.

Cosa pensano gli ascoltatori di McConnell May Have Been Right: It May Be Too Hard to Replace Obamacare