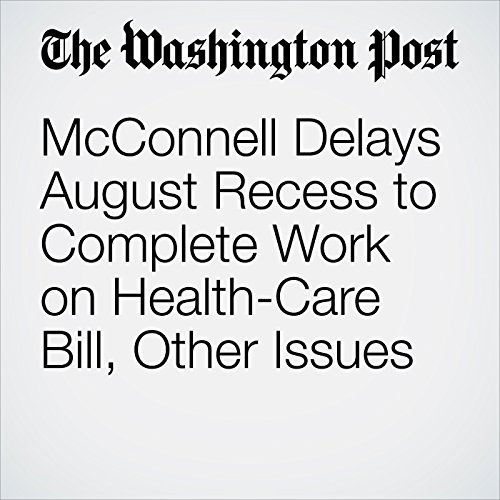 Senate Majority Leader Mitch McConnell (R-Ky.) announced Tuesday that he will delay the August recess by two weeks to give Republicans tie to complete work on health care and other issues.

"McConnell Delays August Recess to Complete Work on Health-Care Bill, Other Issues" is from the July 11, 2017 PowerPost section of The Washington Post. It was written by Kelsey Snell, Sean Sullivan and Juliet Eilperin and narrated by Barbara Benjamin-Creel.