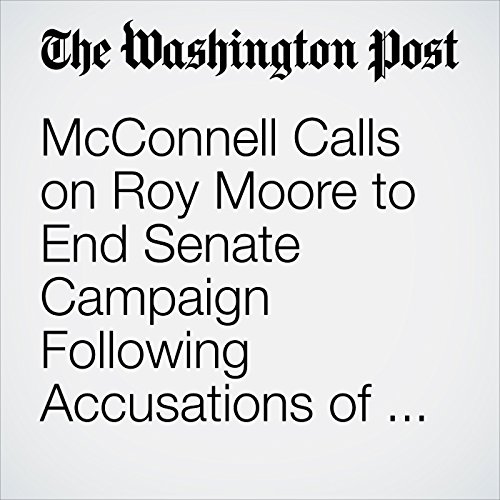 Senate Majority Leader Mitch McConnell (R-Ky.) said Monday that Republican nominee Roy Moore should end his Senate campaign in Alabama, following allegations that he initiated a sexual encounter with a 14-year-old girl when he was 32.

"McConnell Calls on Roy Moore to End Senate Campaign Following Accusations of Sexual Misconduct" is from the November 13, 2017 Politics section of The Washington Post. It was written by Sean Sullivan and Elise Viebeck and narrated by Sam Scholl.