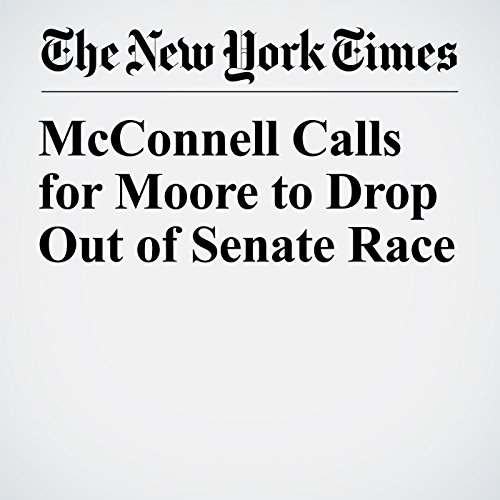 McConnell Calls for Moore to Drop Out of Senate Race

Sen. Mitch McConnell, the Republican leader, said Monday that Roy Moore, the Republican Senate candidate in Alabama, “should step aside” and that he believes the women who have accused Moore of sexual misconduct when they were teenagers.

"McConnell Calls for Moore to Drop Out of Senate Race" is from the November 13, 2017 U.S. section of The New York Times. It was written by Sheryl Gay Stolberg and narrated by Kristi Burns.