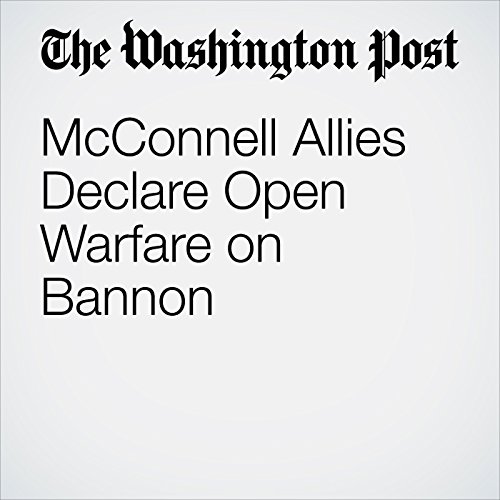 "McConnell Allies Declare Open Warfare on Bannon" is from the October 25, 2017 Politics section of The Washington Post. It was written by David Weigel, Michael Scherer and Robert Costa and narrated by Sam Scholl.