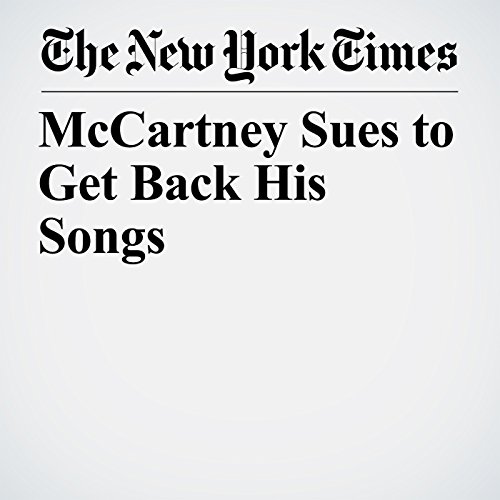 McCartney Sues to Get Back His Songs

In the latest twist in a legal issue that has galvanized musicians, Paul McCartney filed a federal lawsuit Wednesday against music publisher Sony/ATV over ownership of some of the Beatles’ most famous songs.

"McCartney Sues to Get Back His Songs" is from the January 18, 2017 Business section of The New York Times. It was written by Ben Sisario and narrated by Fleet Cooper.