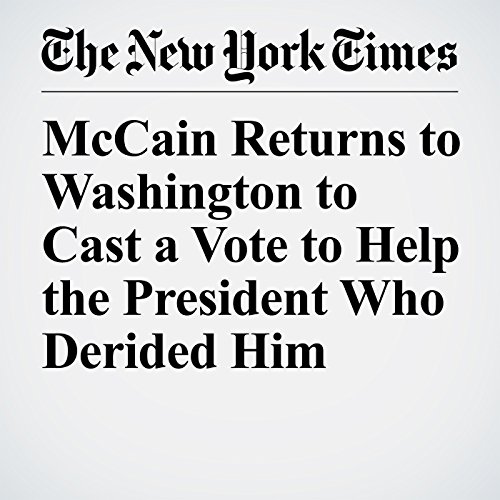 Sen. John McCain is less the lion of the Senate than its wildcat, veering through the decades from war hero to Republican presidential nominee to irascible foil for an unlikely president.

"McCain Returns to Washington to Cast a Vote to Help the President Who Derided Him" is from the July 26, 2017 U.S. section of The New York Times. It was written by Jennifer Steinhauer and narrated by Kristi Burns.