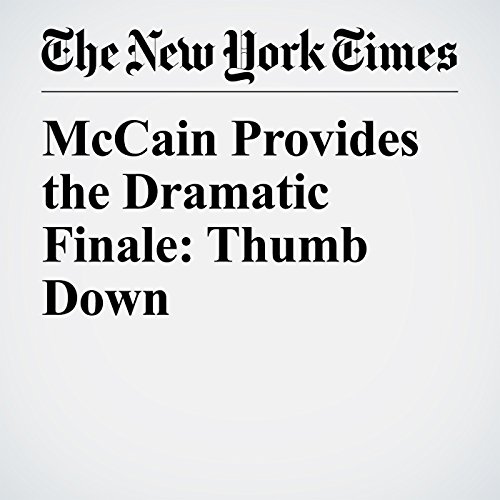 All week long, Senate Democrats had been quietly grousing about Sen. John McCain making a stirring return to the Senate and preaching the virtues of bipartisanship while backing a Republican-only push on health care.

"McCain Provides the Dramatic Finale: Thumb Down" is from the July 28, 2017 U.S. section of The New York Times. It was written by Carl Hulse and narrated by Mike DelGaudio.