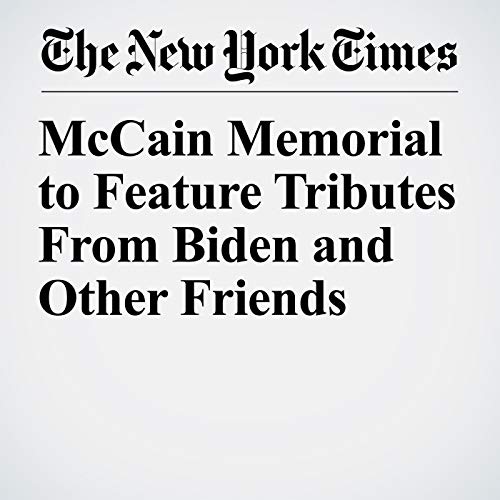 PHOENIX — Thousands of Arizonans were expected to gather Thursday morning for a memorial service here honoring Sen. John McCain, with tributes expected from sports stars, family members and former Vice President Joe Biden to an adopted son of this state who became one its most iconic figures.

"McCain Memorial to Feature Tributes From Biden and Other Friends" is from the August 30, 2018 U.S. section of The New York Times. It was written by Jonathan Martin and narrated by Keith Sellon-Wright.