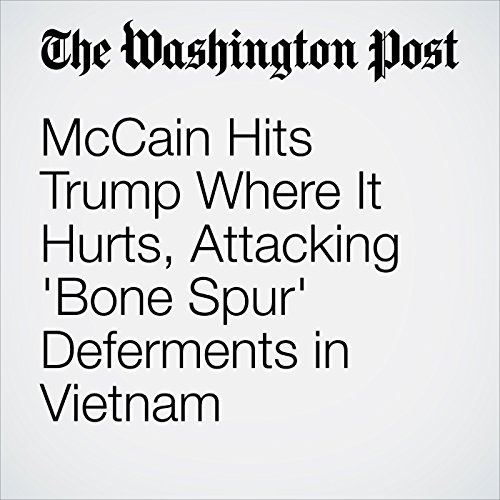 After a week in which President Trump endured not-so-veiled criticisms from his two predecessors as president and Sen. John McCain (R-Ariz.), McCain delivered another broadside that seems clearly aimed at Trump — in the most personal terms yet.

"McCain Hits Trump Where It Hurts, Attacking 'Bone Spur' Deferments in Vietnam" is from the October 23, 2017 Politics section of The Washington Post. It was written by Aaron Blake and narrated by Sam Scholl.