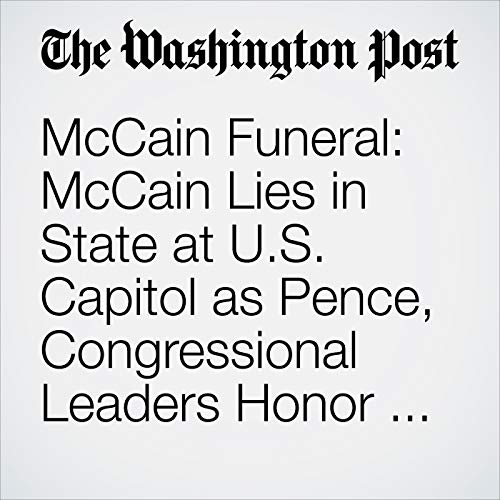 Sen. John McCain was eulogized by the leaders of Congress as “one of the bravest souls our nation has ever produced,” during a memorial service Friday in the U.S. Capitol’s grand rotunda.

"McCain Funeral: McCain Lies in State at U.S. Capitol as Pence, Congressional Leaders Honor Late Senator" is from the August 31, 2018 Politics section of The Washington Post. It was written by Gabriel Pogrund and David A. Fahrenthold and narrated by Jenny Hoops.