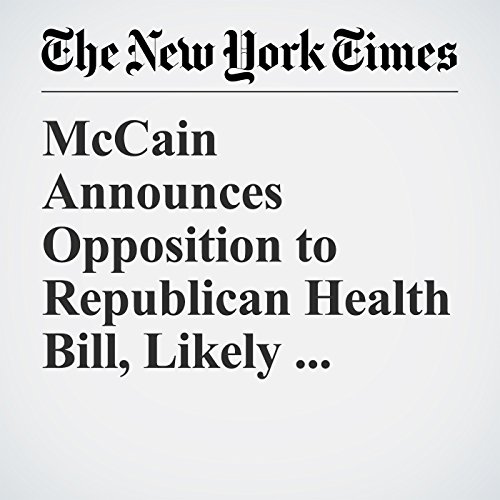 Sen. John McCain announced Friday that he would oppose the latest proposal to repeal the Affordable Care Act, leaving Republican leaders with little hope of succeeding in their last-ditch attempt to dismantle the health law and fulfill their long-standing promise to conservative voters.

"McCain Announces Opposition to Republican Health Bill, Likely Dooming It" is from the September 22, 2017 Health section of The New York Times. It was written by Thomas Kaplan and Robert Pear and narrated by Kristi Burns.