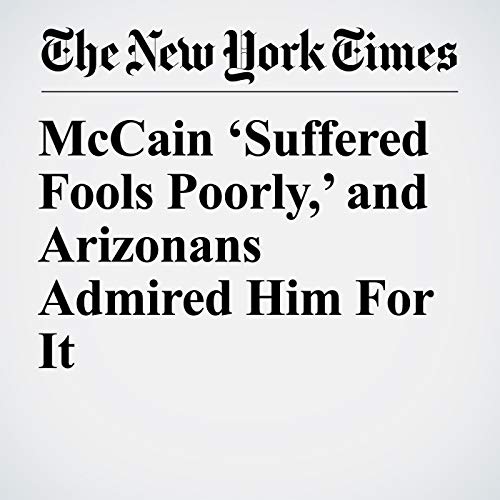 McCain ‘Suffered Fools Poorly,’ and Arizonans Admired Him For It

PHOENIX — As the motorcade carrying the body of Sen. John McCain made its way into Phoenix this weekend, Arizonans lined up on the side of roads, some with hands over their hearts, others saluting, as if somberly acknowledging that a political era was coming to an end.

"McCain ‘Suffered Fools Poorly,’ and Arizonans Admired Him For It" is from the August 27, 2018 U.S. section of The New York Times. It was written by Simon Romero and narrated by Keith Sellon-Wright.