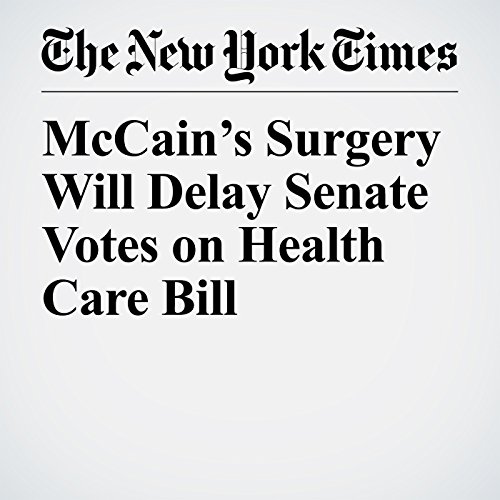 The Senate will delay votes on a bill to dismantle the Affordable Care Act, the Senate majority leader, Mitch McConnell, announced Saturday night, because of a new obstacle to winning enough support for one of the Republican party’s most cherished goals.

"McCain’s Surgery Will Delay Senate Votes on Health Care Bill" is from the July 16, 2017 U.S. section of The New York Times. It was written by Robert Pear and narrated by Keith Sellon-Wright.