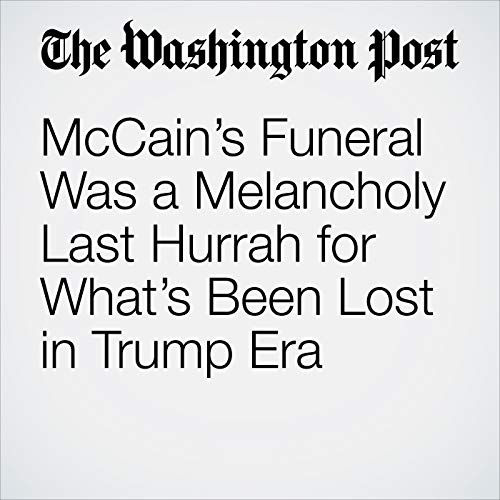 Official Washington gathered on Saturday for a funeral to honor one of its favorite sons, John Sidney McCain III. It delivered for the country and the world an extraordinary, and in moments disquieting, repudiation of Donald Trump’s presidency and today’s politics.

"McCain’s Funeral Was a Melancholy Last Hurrah for What’s Been Lost in Trump Era" is from the September 01, 2018 Politics section of The Washington Post. It was written by Greg Jaffe and Philip Rucker and narrated by Sam Scholl.