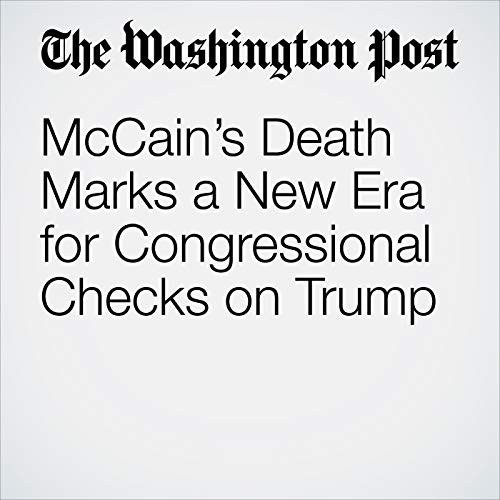 "McCain’s Death Marks a New Era for Congressional Checks on Trump" is from the August 25, 2018 Politics section of The Washington Post. It was written by Karoun Demirjian and narrated by Sam Scholl.