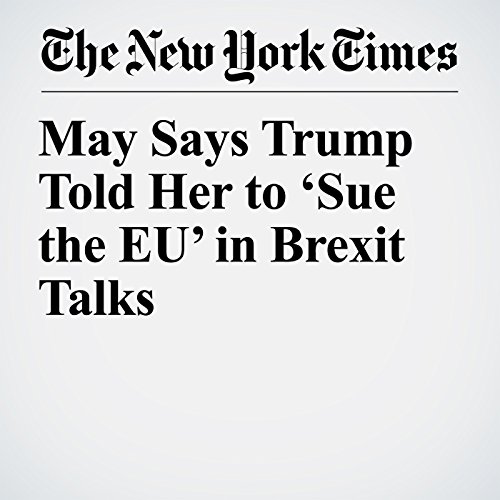 LONDON — Prime Minister Theresa May on Sunday revealed the advice President Donald Trump had given her on how to negotiate Britain’s withdrawal from the European Union: Go straight to court.

"May Says Trump Told Her to ‘Sue the EU’ in Brexit Talks" is from the July 15, 2018 World section of The New York Times. It was written by Stephen Castle and narrated by Caroline Miller.