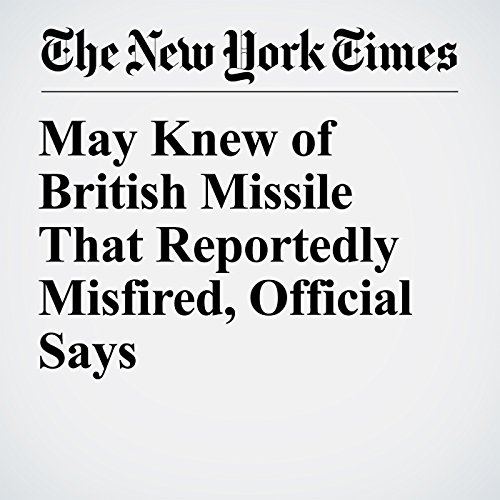 Prime Minister Theresa May of Britain knew about an unarmed Trident missile that reportedly misfired during a test in June, a spokesman said on Monday, after claims that the government had kept the failure a secret.

"May Knew of British Missile That Reportedly Misfired, Official Says" is from the January 23, 2017 World section of The New York Times. It was written by Kimiko De Freytas Tamura and narrated by Keith Sellon-Wright.