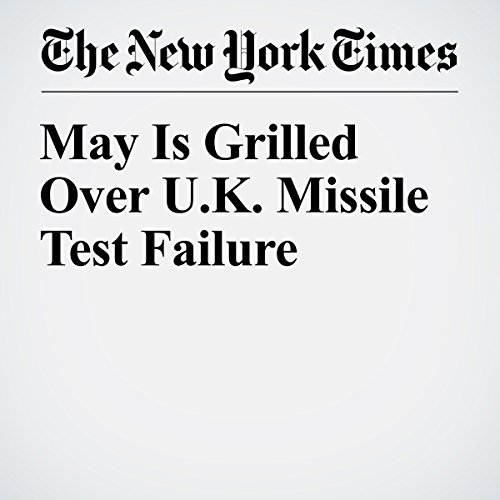 Prime Minister Theresa May of Britain refused to comment Sunday about the reported failure of an unarmed British Trident missile that was test-fired from a submarine off the coast of Florida last June.

"May Is Grilled Over U.K. Missile Test Failure" is from the January 22, 2017 World section of The New York Times. It was written by Steven Erlanger and narrated by Fleet Cooper.