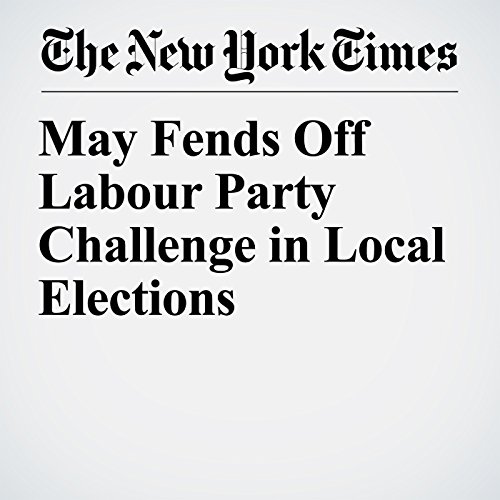 LONDON — Despite mounting troubles over Britain’s withdrawal from the European Union and a recent Cabinet resignation, Prime Minister Theresa May’s Conservative Party emerged relatively unscathed from local elections, according to results released Friday that showed that its opponents had failed to make the breakthrough many expected.

"May Fends Off Labour Party Challenge in Local Elections" is from the May 04, 2018 World section of The New York Times. It was written by Stephen Castle and narrated by Barbara Benjamin-Creel.