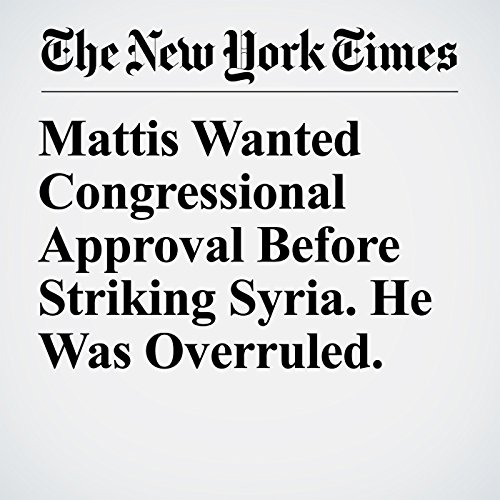 Defense Secretary Jim Mattis urged President Donald Trump to get congressional approval before the United States launched airstrikes against Syria last week, but was overruled by Trump, who wanted a rapid and dramatic response, military and administration officials said.

"Mattis Wanted Congressional Approval Before Striking Syria. He Was Overruled." is from the April 17, 2018 World section of The New York Times. It was written by Helene Cooper and narrated by Kristi Burns.