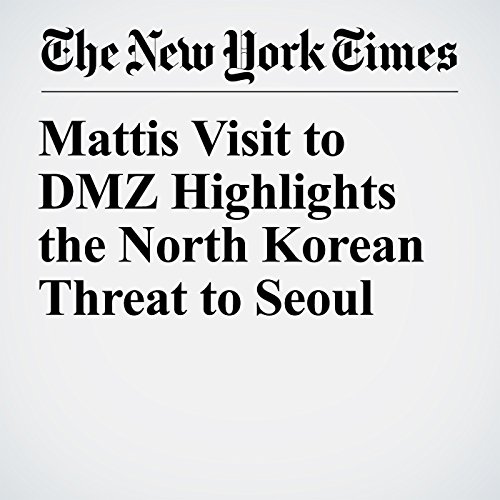 Defense Secretary Jim Mattis’ visit to the Korean Peninsula’s extremely militarized Demilitarized Zone on Friday was meant to show U.S. solidarity with South Korea against a muscular North, which Mattis accused of building nuclear weapons to “threaten others with catastrophe.”

"Mattis Visit to DMZ Highlights the North Korean Threat to Seoul" is from the October 27, 2017 World section of The New York Times. It was written by Helene Cooper and narrated by Mike DelGaudio.