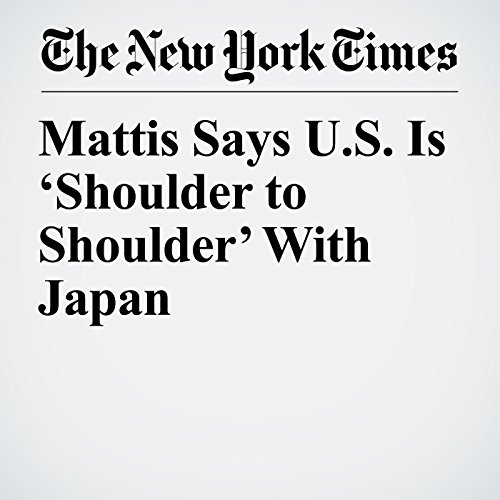 Defense Secretary Jim Mattis assured Japan’s prime minister Friday that the United States would stand by its mutual defense treaty with the country, despite statements by President Donald Trump during last year’s campaign that suggested he might pull back from U.S. security commitments in Asia.

"Mattis Says U.S. Is ‘Shoulder to Shoulder’ With Japan" is from the February 03, 2017 World section of The New York Times. It was written by Michael R. Gordon and Motoko Rich and narrated by Mike DelGaudio.