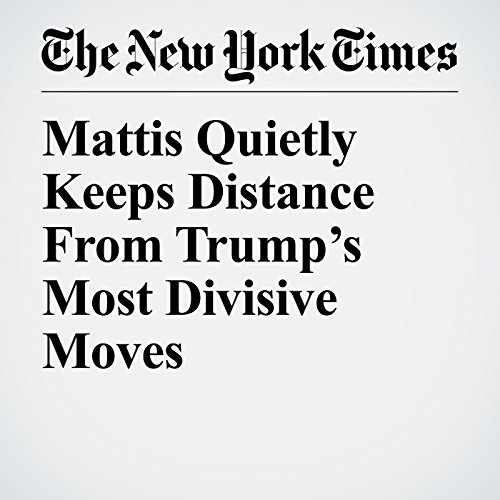 Less than an hour after President Donald Trump announced in the Rose Garden that he was pulling the United States out of the Paris climate accord, the White House press office began sending emails with quotations from Cabinet officials praising the decision.

"Mattis Quietly Keeps Distance From Trump’s Most Divisive Moves" is from the June 11, 2017 U.S. section of The New York Times. It was written by Helene Cooper, Michael R. Gordon and Eric Schmitt and narrated by Keith Sellon-Wright.