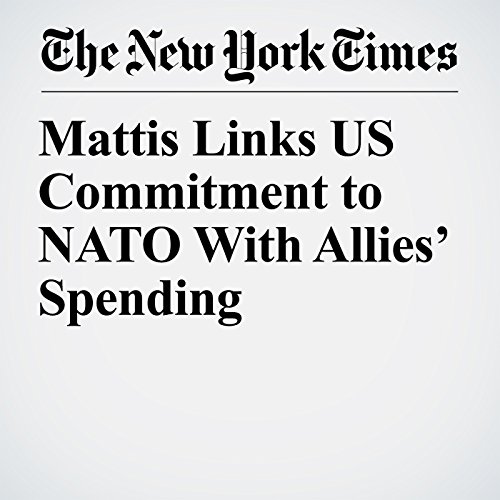 Defense Secretary Jim Mattis, echoing his boss in Washington, warned Wednesday that the amount of U.S. support NATO could depend on whether other countries meet their own spending commitments.

"Mattis Links US Commitment to NATO With Allies’ Spending" is from the February 15, 2017 World section of The New York Times. It was written by Helene Cooper and narrated by Keith Sellon-Wright.