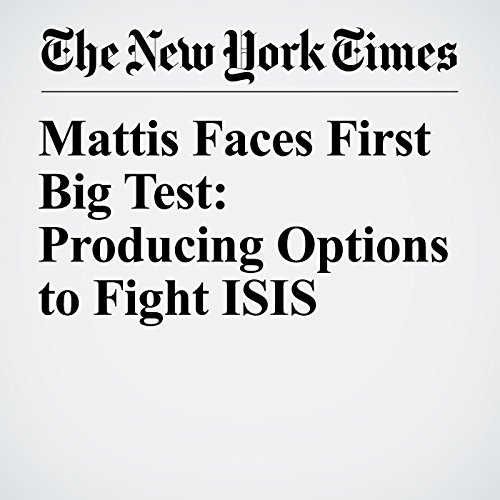 As Defense Secretary Jim Mattis prepares to submit his first big pitch to his new boss — options for accelerating the fight against the Islamic State — he is balancing the need to rein in President Donald Trump’s more extreme impulses without distancing himself too much and losing White House favor.

"Mattis Faces First Big Test: Producing Options to Fight ISIS" is from the February 26, 2017 World section of The New York Times. It was written by Helene Cooper and Eric Schmitt and narrated by Fleet Cooper.