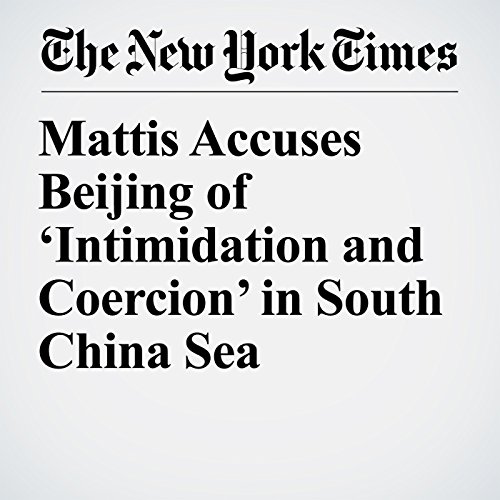 SINGAPORE — U.S. Secretary of Defense Jim Mattis harshly criticized the Chinese government on Saturday for its continuing militarization of a string of islands in the South China Sea, calling the new presence of advanced military equipment and missiles there a flagrant show of military power.

"Mattis Accuses Beijing of ‘Intimidation and Coercion’ in South China Sea" is from the June 02, 2018 World section of The New York Times. It was written by Thomas Gibbons Neff and narrated by Keith Sellon-Wright.