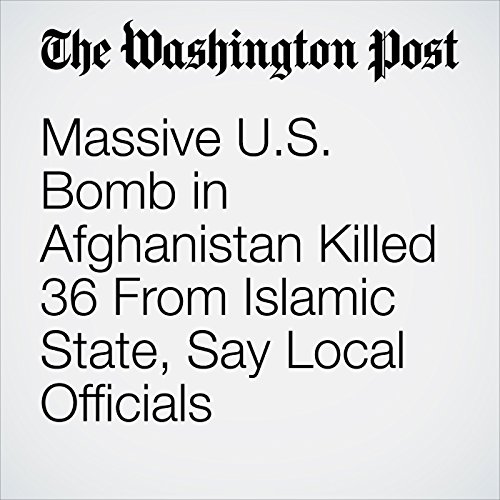 Questions remain on why the U.S. military chose to use one of its most powerful bombs for the strike.

"Massive U.S. Bomb in Afghanistan Killed 36 From Islamic State, Say Local Officials" is from the April 14, 2017 World section of The Washington Post. It was written by Erin Cunningham and Sayed Salahuddin and narrated by Jill Melancon.