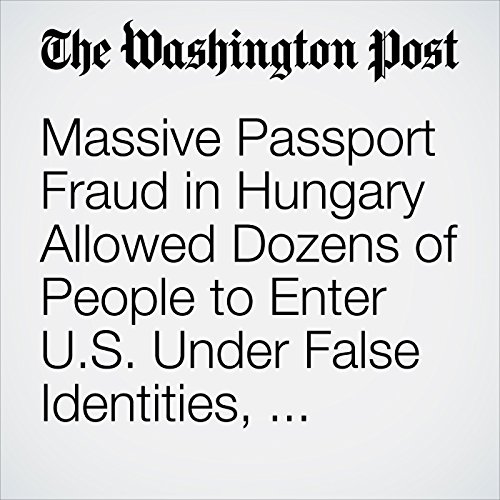 U.S. officials have uncovered a fraud scheme that has allowed foreign nationals to enter the United States under false identities, a troubling security breach resulting from a vulnerability in Hungary’s passport system, authorities say.

"Massive Passport Fraud in Hungary Allowed Dozens of People to Enter U.S. Under False Identities, Officials Say" is from the May 10, 2018 National section of The Washington Post. It was written by John Hudson and Andras Petho and narrated by Sam Scholl.