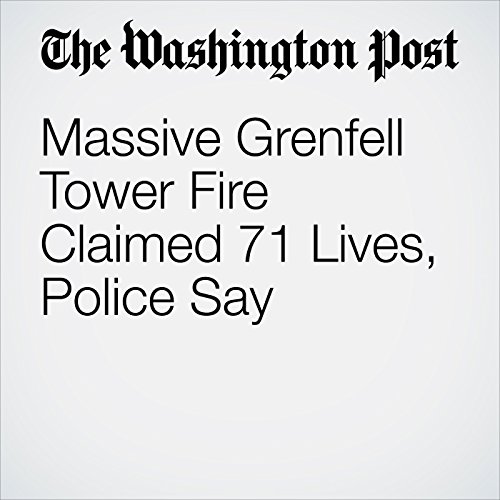 In the days after a fire swept through Grenfell Tower last June, it was hard to identify the number and names of the victims. There was no master list of who was in the tower when the blaze started shortly after 1 a.m. There are records of tenants. But some weren't home, and others had guests.

"Massive Grenfell Tower Fire Claimed 71 Lives, Police Say" is from the November 16, 2017 World section of The Washington Post. It was written by Amanda Erickson and narrated by Sam Scholl.