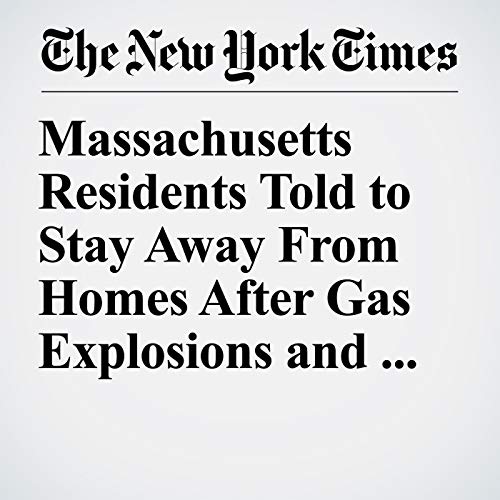 LAWRENCE, Mass. — As state and federal investigators began sifting through damage across three Massachusetts towns, thousands of residents were told not to return to their homes Friday morning after a sudden series of gas explosions and fires that ripped through the region the night before.

"Massachusetts Residents Told to Stay Away From Homes After Gas Explosions and Fires" is from the September 14, 2018 U.S. section of The New York Times. It was written by Katharine Q. Seelye and Farah Stockman and narrated by Fleet Cooper.