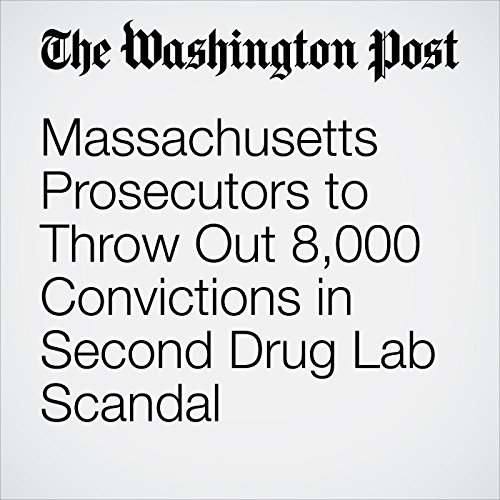 Prosecutors from across Massachusetts have tallied more than 8,000 convictions they say will be dismissed because they are tainted by a scandal at the state drug lab, according to new court filings by the Massachusetts attorney general.

"Massachusetts Prosecutors to Throw Out 8,000 Convictions in Second Drug Lab Scandal" is from the December 28, 2017 National section of The Washington Post. It was written by Tom Jackman and narrated by Sam Scholl.