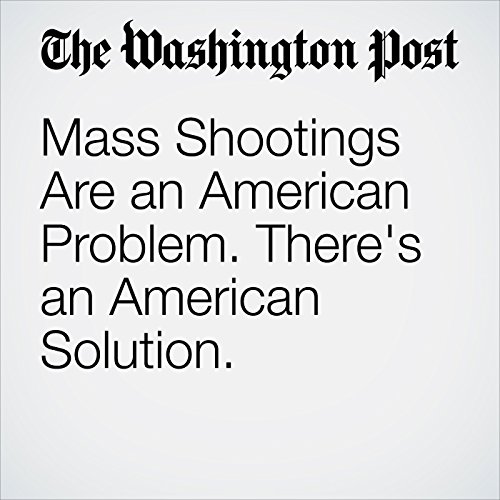 On awful, gut-churning days such as Monday, I find it important to remind myself that mass shootings happen almost nowhere else but the United States. As we become normalized to the regular pace of massive, execution-style killings — Sandy Hook, Charleston, Orlando and now Las Vegas — it’s critical to understand that the Groundhog Day phenomenon of horrific mass shootings is exclusive to the United States. I find consolation in this fact, because if the problem is particularly American, then the solution can be, too.

"Mass Shootings Are an American Problem. There's an American Solution." is from the October 02, 2017 Opinion section of The Washington Post. It was written by Chris Murphy and narrated by Sam Scholl.