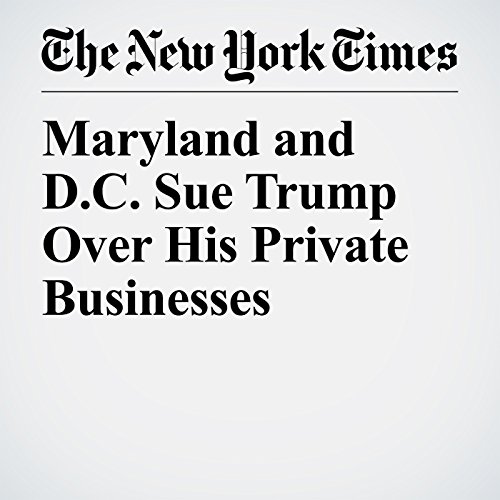 In a new legal challenge to President Donald Trump, Maryland and the District of Columbia filed a lawsuit Monday alleging that his failure to shed his private businesses has undermined public trust and violated constitutional bans against self-dealing.

"Maryland and D.C. Sue Trump Over His Private Businesses" is from the June 11, 2017 U.S. section of The New York Times. It was written by Sharon Lafraniere and narrated by Keith Sellon-Wright.