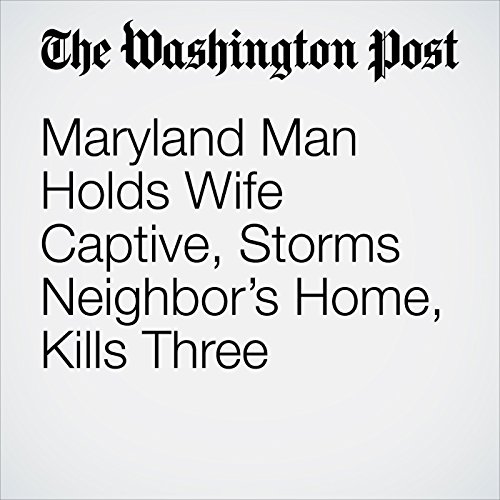 Three people were killed at a sprawling home in Maryland on Monday, gunned down by a neighbor searching for his wife who had fled from him after he’d held her captive over the weekend, police officials said.

"Maryland Man Holds Wife Captive, Storms Neighbor’s Home, Kills Three" is from the May 08, 2018 National section of The Washington Post. It was written by Dan Morse and Justin Jouvenal and narrated by Sam Scholl.