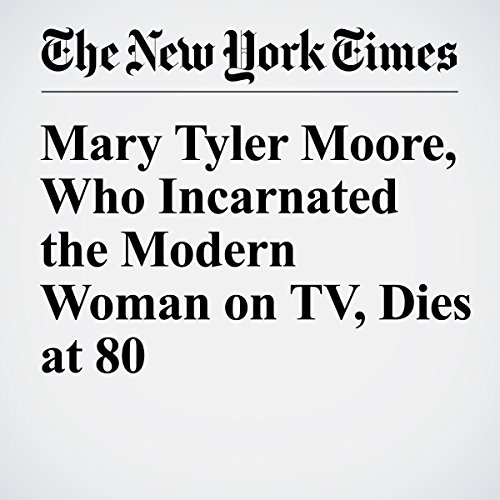 Mary Tyler Moore, whose witty and graceful performances on two top-rated television shows in the 1960s and ‘70s helped define a new vision of American womanhood, died Wednesday in Greenwich, Connecticut. She was 80.

"Mary Tyler Moore, Who Incarnated the Modern Woman on TV, Dies at 80" is from the January 25, 2017 Entertainment section of The New York Times. It was written by Virginia Heffernan and narrated by Caroline Miller.