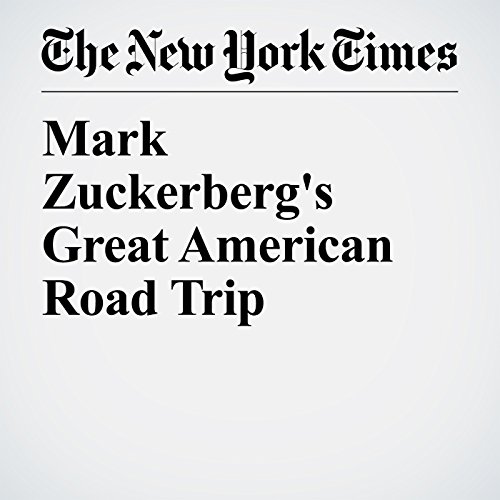 On Thursday, in a commencement speech at Harvard, from which he dropped out in 2005, Zuckerberg discussed how his views on how people live and work with one another had broadened, partly as a result of what he has seen on the tour. He has come to realize that churches, civic centers and other organized meeting places are integral to building and maintaining a strong sense of community.

"Mark Zuckerberg's Great American Road Trip" is from the May 25, 2017 Business section of The New York Times. It was written by Mike Isaac and narrated by Mike DelGaudio.