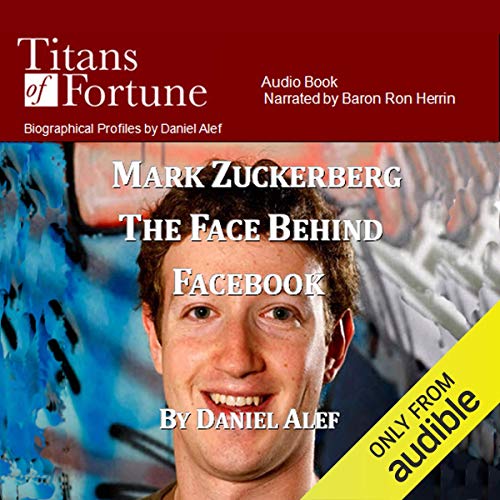 Mark Zuckerberg, the 28-year-old founder of Facebook, is not only the youngest self-made billionaire in history, he was worth $19.1 billion right after Facebook's initial public offering. Although his meteoric rise had lost some of its luster after the IPO, he is now considered by many to be one of the most influential persons in the information age. His impact on American culture is virtually unprecedented. And the company he controls so carefully, Facebook, has become a major social, commercial, and advertising international force. The 2010 film, Social Network did not portray him in the kindest light, but was it a work of fact or fiction?

Separating fiction from fact, award-winning author Daniel Alef, tells the true story of Zuckerberg's meteoric rise and his indelible mark on the evolution of American culture through social networking and now advertising. The curly-haired wunderkind rubs elbows with Bill Gates, Warren Buffett, Rupert Murdoch, Donald Graham, and other prominent players in today's business, technological, and media world and is an emerging philanthropist.

Terrible Book Do Not Buy

Would you try another book from Daniel Alef and/or Baron Ron Herron?

What was most disappointing about Daniel Alef’s story?

This was a collection of facts he found online. It really tells nothing about Mark Zuckerberg. Its like listing someone read a timeline. Very boring and non informative.

Actually do interviews with Mark Z. Do not just search the internet and write what you find.

Really a waste of time and money. I hope others do not watch this book. Its a great subject manner but covered very poorly. I hope someone else coverts this person and writes a much better book like was written for Steve Jobs.