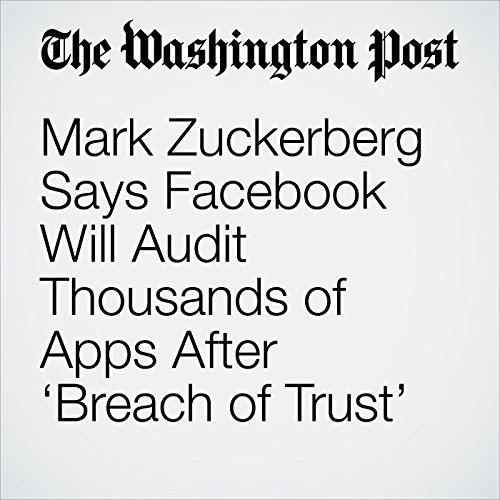 Mark Zuckerberg on Wednesday said Facebook will audit thousands of apps in response to the “breach of trust” created by Cambridge Analytica — the chief executive's first comments since a crisis erupted Friday over data siphoned by the political marketing firm used by the Trump campaign.

"Mark Zuckerberg Says Facebook Will Audit Thousands of Apps After ‘Breach of Trust’" is from the March 21, 2018 Tech section of The Washington Post. It was written by Elizabeth Dwoskin and narrated by Sam Scholl.