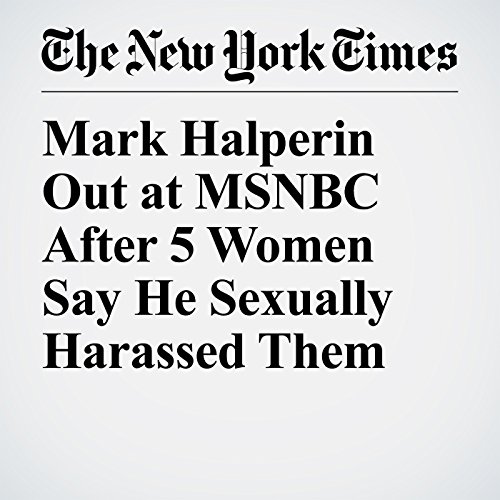 Political journalist Mark Halperin built an industry on tracking the fortunes of the flawed characters he followed through campaign seasons. He gleefully chronicled who was up and who was down in his best-selling books and television coverage and made himself into one of the most prominent and most highly remunerated journalists in the country.

"Mark Halperin Out at MSNBC After 5 Women Say He Sexually Harassed Them" is from the October 26, 2017 Business section of The New York Times. It was written by John Koblin and narrated by Kristi Burns.