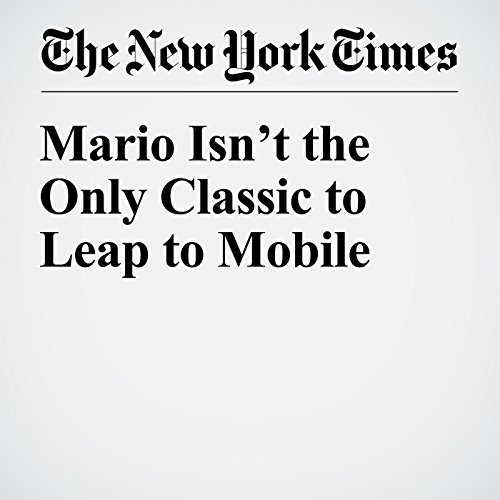 Mario Isn’t the Only Classic to Leap to Mobile

Unless you live under a mushroom, you are likely to know that one of the biggest computer gaming events last year was the arrival of Nintendo’s Super Mario Run on iPhones and iPads. While versions of the game have been available for consoles for years, Mario had never made the leap to non-Nintendo devices before now.

"Mario Isn’t the Only Classic to Leap to Mobile" is from the January 04, 2017 Technology section of The New York Times. It was written by Kit Eaton and narrated by Caroline Miller.