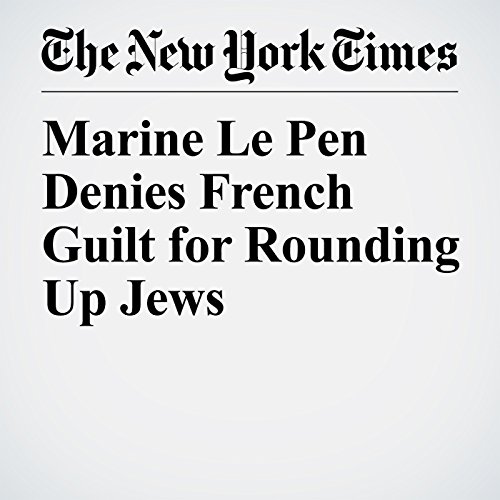 A casual remark about France’s wartime anti-Jewish actions by Marine Le Pen, the leader of the far-right National Front, threatened on Monday to derail her yearslong effort aimed at “un-demonizing” her party just as she is emerging as a strong contender in this month’s presidential election.

"Marine Le Pen Denies French Guilt for Rounding Up Jews" is from the April 10, 2017 World section of The New York Times. It was written by Adam Nossiter and narrated by Caroline Miller.