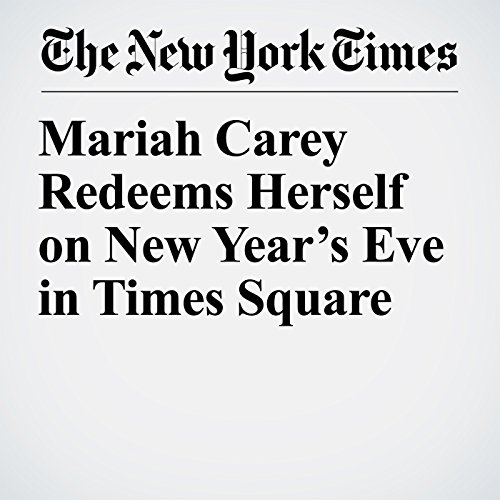 This time, there were no malfunctions. And there was no hot tea either, but hey, it could have been worse. It could’ve been last year.

"Mariah Carey Redeems Herself on New Year’s Eve in Times Square" is from the January 01, 2018 Entertainment section of The New York Times. It was written by Sopan Deb and narrated by Kristi Burns.